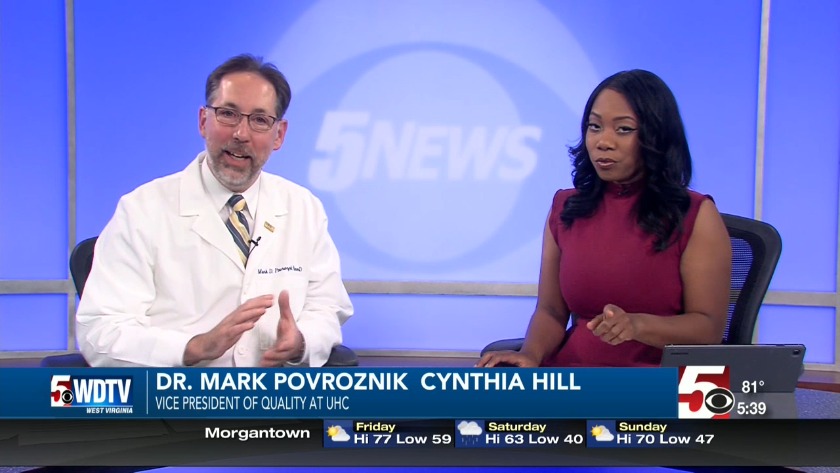 Vaccines are one of your best defenses against getting the flu. Tonight we are going to test your knowledge to see how much you know about the flu. Dr. Mark Povroznik, MD, Vice President of Quality at UHC and Chairman of Infection Control sat down with WDTV’s Cynthia Hill.

1). True or False. What happens on other continents is not an indication of what we could expect in the US?

Answer: That is actually False.

Looking at the southern hemisphere is often an indicator of what medical experts use to predict what will happen in the United States. If they experience a difficult flu season, then we most likely will too.

Likewise, the flu virus is prone to mutating, a mild season across our borders does not mean we should soften our prevention strategies. The virus can easily mutate over the coming months.

More locally, monitoring flu activity in others states surrounding West Virginia is a good indicator of when the flu is likely to be more pronounced in the Mountain State, as the surrounding states are always affected first. Right now you can see by the map that most states are sporadic activity with some local activity mostly in the northern states.

2). True or False? The best time to get the flu shot is by late October.

Answer: The answer is True.

It takes about two weeks for the flu shot to take full effect, so plan to get immunized by late October, before flu season starts ramping up. It is best not to wait, but you can get vaccinated anytime during the flu season, there is no time NOT TO GET IT, only a more optimal time to allow it the opportunity to provide protection.

Everyone six months and older should get the flu vaccine for protection, with few exceptions. Flu vaccines are also recommended for pregnant women and people with chronic diseases.

Also, some children six months through 8 years of age may require two doses of flu vaccine, given at least four weeks apart, so they should start earlier in the season.

3). True or False? If you had the flu vaccine last year, you are covered already for the new year?

Viruses that cause the flu tend to change every year. Likewise, the constituents in the vaccine do as well. Scientists do their best to predict what viruses are likely to cause each year’s flu and make vaccines to combat those viruses. Last year’s vaccine will not be as effective as this years.

Answer: The answer to this question, without hesitation is false. But it raises 4 important points:

Second: Upon receiving the flu shot can be a response to the vaccine called an Immune Response. This is your immune system reacting and can elicit some symptoms similar to the flu, like muscle aches, fever…While annoying, it is actually a good sign.

Third: During the typical vaccination season, there a multitude of viruses in circulation that mimic some of the flu symptoms. Viruses like RSV, Rhinovirus, Enterovirus.

Finally, depending on when you received your flu shot or how well of a match there was with the vaccine, a person could have been exposed to the flu during the window of the vaccine working to create immunity. The vaccine is not 100% effective at preventing the flu, but should you acquire the flu and were vaccinated, the symptoms are often milder and the complications from the flu fewer.