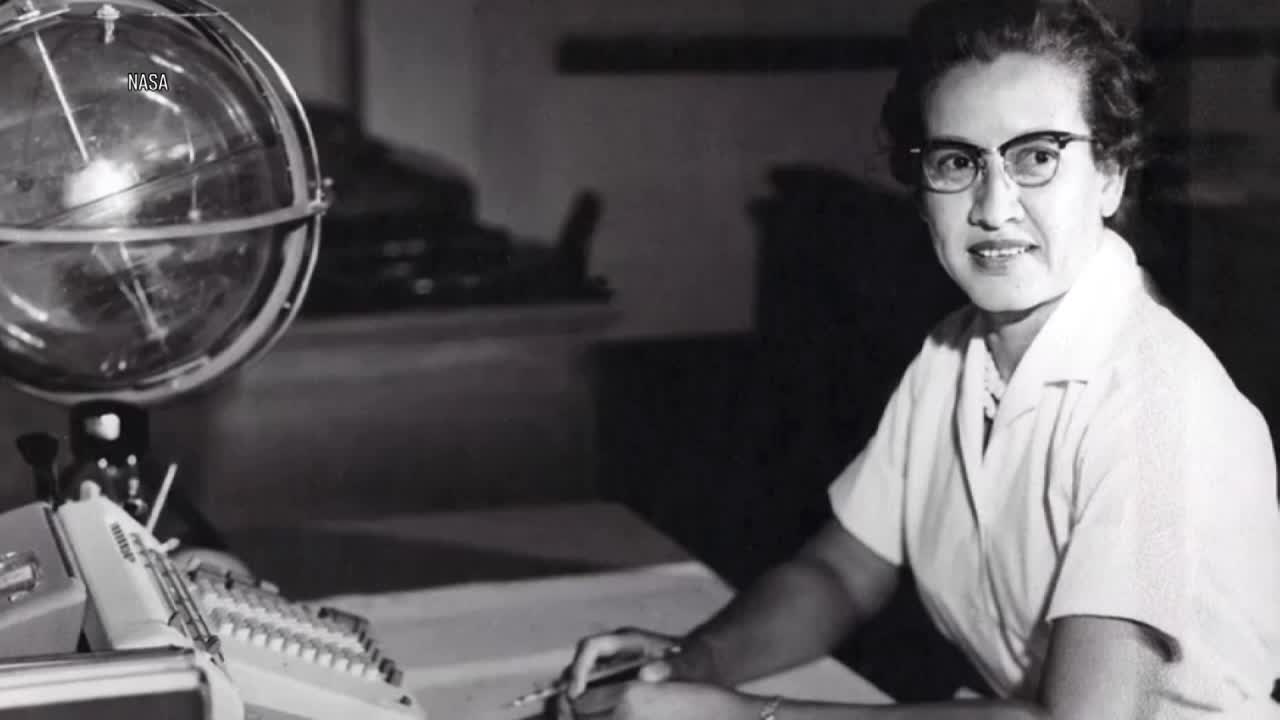 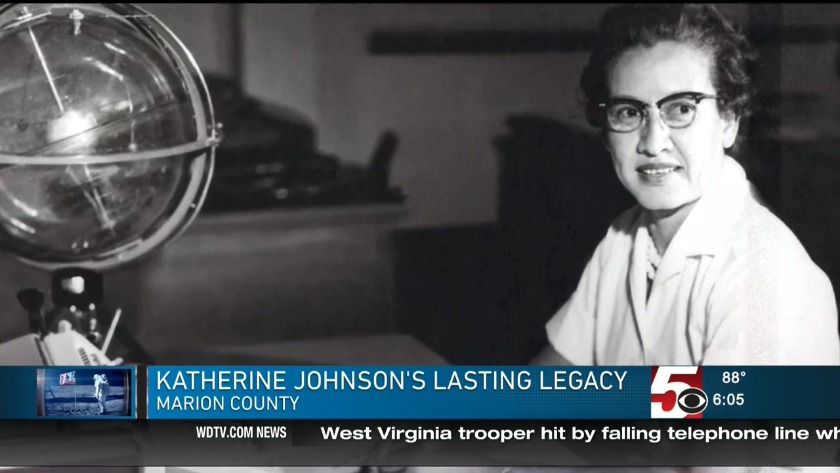 To call her a pioneer in her field only scratches the surface. After all, one small step for man 50 years ago wouldn’t have happened without her genius.

Her on-the-fly calculations helped put man on the moon.

Her career at NASA earned her the nickname 'The Human Computer.' She sometimes tasked with the job of fact-checking math calculated by machines.

Born in White Sulphur Springs in 1918, Johnson's career led to a plethora of recognitions, including the nation's highest civilian honor.

"In her 33 years at NASA, Katherine was a pioneer who broke the barriers of race and gender," President Obama said before he presented her with the Presidential Medal of Freedom in 2015. "Showing generations of young people that everyone can excel in math and science and reach for the stars."

But with every task in front of her, her daughters say she remained focused and humble.

"She was just doing what she loved to do," Johnson's daughter Joylette Hylick told 5 News last year. "When you do that, she said she never worked a day in her life."

Hylick and Katherine Moore, another one of Johnson's daughters, attended last year's ceremony in Fairmont to rename the NASA Independent Verification and Validation (IV&V) Facility after her.

Gregory Blaney is the Director of NASA's IV&V Program.

"To see somebody that smart with that many challenges to overcome during her lifetime, to see her ignore than and just do her job and do it well, it's just inspiring," Blaney said.

Critical work is done there to contribute to NASA's future missions to the moon and beyond.

"What we're trying to do is tell every student in West Virginia - you can work for NASA. You can be another Katherine Johnson," Blaney said. "You can do whatever you want to do. And she proved that."

Johnson couldn't attend the ceremony last summer. But Blaney made a trip to meet her, show her pictures from the day, and thank her for her work at NASA.

"She just looked at me and said, 'Thank you,'" Blaney said of his visit with Johnson. "A 101-year-old woman and all she said was thank you. It was amazing."

Her inspiration reaches far and wide inside Fairmont's NASA facility every day to people who, like Johnson, are just doing their jobs.

"We just have to work hard and deserve her name on our building," Blaney said.

"Our @NASA family is sad to learn the news that Katherine Johnson passed away this morning at 101 years old," Bridenstine wrote on Twitter. "She was an American hero and her pioneering legacy will never be forgotten."

Johnson was born on Aug. 26, 1918 in White Sulphur Springs. She was handpicked to be one of the first black students to attend graduate school at West Virginia University.

Johnson went on to lead a career at NASA where she made history. She made on-the-fly calculations for the Apollo 11 moon landing 50 years ago.

Johnson was portrayed in the movie "Hidden Figures."

NASA Independent Verification and Validation Facility in Fairmont was renamed after Johnson in July.

We're saddened by the passing of celebrated #HiddenFigures mathematician Katherine Johnson. Today, we celebrate her 101 years of life and honor her legacy of excellence that broke down racial and social barriers: https://t.co/Tl3tsHAfYB pic.twitter.com/dGiGmEVvAW

The @NASA family will never forget Katherine Johnson's courage and the milestones we could not have reached without her. Her story and her grace continue to inspire the world. https://t.co/UPOqo0sLfb pic.twitter.com/xwnRX9oZoi

“Hidden Figures” reminds us that Computers & Calculators were smart women who knew math. In the early US Space Program, that math was orbital mechanics, led by Katherine Johnson 1918-2020. May the number of those inspired by her story be computationally incalculable. Godspeed. pic.twitter.com/BuMRxOHyQD

An amazing West Virginia woman. Her work on earth sent men to the moon. What an incredible life and legacy. Katherine’s legacy will be forever remembered at @NASAIVV. Sending my love to her family today. https://t.co/N8jDO4W2m3

Katherine Johnson was a stellar mathematician and a proud West Virginian, and because of her accomplishments, more young women have - and will - blaze their own trails in science, tech, engineering & math fields. Please join Gayle and I in praying for her family & loved ones. pic.twitter.com/EZIHkYGndB

Katherine Johnson was asked to check the numbers of the electronically calculated trajectory of astronaut John Glenn’s 1962 orbital mission — by hand. Honor her contributions to our space program: https://t.co/A3G8QWH1L3 pic.twitter.com/U39LCuJROZ

“I counted the steps to the road, the steps up to church…anything that could be counted, I did.”

As a girl, Katherine Johnson counted everything. As a mathematician, her calculations proved critical to our early successes in space travel. https://t.co/kd7Xory5T8 pic.twitter.com/LRfEjPqJs4

Katherine Johnson broke barriers as our first African American woman graduate student, and she opened new frontiers as one of the “Hidden Figures” of the moon landing. Today, we honor the life and legacy of a true hero who will forever inspire us to reach for the stars. https://t.co/VSQRPPJTxh

Cathy and I are incredibly saddened to learn of the passing of Katherine Johnson. She truly was an American hero. Her work broke through barriers, and showed the world what West Virginians are capable of. https://t.co/OBAE1O3nLx

After a lifetime of reaching for the stars, today, Katherine Johnson landed among them. She spent decades as a hidden figure, breaking barriers behind the scenes. But by the end of her life, she had become a hero to millions—including Michelle and me. pic.twitter.com/isG29nwBiB