UPDATE: Wanted man on the run from police in multiple counties arrested 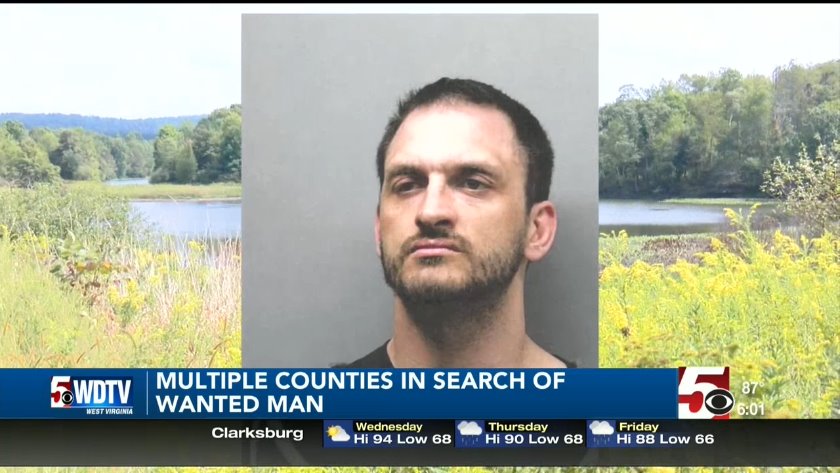 Wanted man on the run from police in multiple counties

Mark Hart was arrested and charged with grand larceny.

Mark Hart was booked into North Central Regional Jail Tuesday morning. He has been charged with grand larceny.

According to the criminal complaint, video footage from Finish Line Motors shows Hart walking around the car lot Wednesday afternoon with a Circle K drink. Hart talked to one of the mechanics for about 5 minutes before continuing to look around the lot.

Troopers say Hart got into a blue 2009 Chevrolet Avalanche.

Management at the store noticed the keys to the truck missing later that afternoon, but did not think anything of it because keys go missing a lot.

Hart was seen on video surveillance entering the Finish Line Motors car lot around 4 a.m. Thursday, according to the complaint. He is seen getting into the truck and driving out of the lot onto Earl Core Drive.

The mechanic Hart talked to told troopers that he knew who Hart was.

Troopers watch surveillance video from the Circle K that show Hart getting the drink he was seen with in at Finish Line.

The Circle K manager told troopers that she grew up with Hart and was able to identify him in the video footage.

UPDATE 09/12/2019 11 PM
Police are on the look out for Mark Hart, the prime suspect in two car thefts in two different counties.

Surveillance video obtained from one of the businesses hit reveal an auto theft happened around 4 a.m. Thursday morning.

In it, a man, believed to be Mark Hart, stole a blue 2009 Chevy Avalanche from Finish Line Motors in Morgantown.

After watching security footage, the Finish Line employees say Hart had come by earlier the day before around noon and stole a set of keys.

They believe Hart then came back that night, and after scanning the area, drove off the lot.

General Manager, Robert Yoney, said this is a huge blow to the business.

"Its not the first time its happened, it really does hurt and were small family owned business and just don't know what to do from this but it does hurt bad", said Yoney

West Virginia State police say Hart already has warrants out for his arrest after running away from police and escaping by jumping into a pond and stealing a vehicle Tuesday evening.

State troopers say that evening Hart ditched the first stolen vehicle, prompting him to steal the new one from Finish Line Motors.

WDTV spoke to shop employee Gary Squires JR., who says while looking back at the security footage, Hart does seem to have exhibited strange behavior.

"When we went over the footage, we didn't realize at the time but yea he was browsing over several other vehicles....almost like casing the place", said Squires.

Squires also says that the hope now is for the car to be returned and to get justice for their loss.

"Locate the vehicle, hopefully in the same condition it was taken in, and justice", said Squires.

UPDATE 09/12/2019 2:40 PM
West Virginia State Police have confirmed that Mark Allen Hart is the main suspect after a vehicle was stolen from Finish Line Motors Wednesday night around 4:00 a.m.

The vehicle he stole was a blue 2009 Chevy Avalanche.

Troopers say Hart allegedly ditched the vehicle that he used to get away from police in Preston County on Sept. 10 and stole the new one.

Hart is currently on the run from police after an incident Tuesday when he ran from police and escaped by jumping into a pond and then stealing a vehicle to get away.

Hart has warrants out for his arrest in Marion, Preston, and Monongalia Counties.

Tuesday evening hart was spotted by a Preston county deputy who attempted to make an arrest- it was then that Hart made an unusual escape.

"He tried to effect an arrest on hart who fled on foot, he chased him through a wooded area and Mr. Hart jumped into a pond," said Preston County Sheriff's office Chief Deputy Paul Pritt

Before the deputy could call for back up, Hart had disappeared and took off in a stolen car.

"By the time everybody got there and got a perimeter set up, it was discovered that Mr. Hart had stolen a vehicle and fled the area into Monongalia county,"

Not only is Hart wanted in Preston, but warrants are out for him in Monongalia county as well.