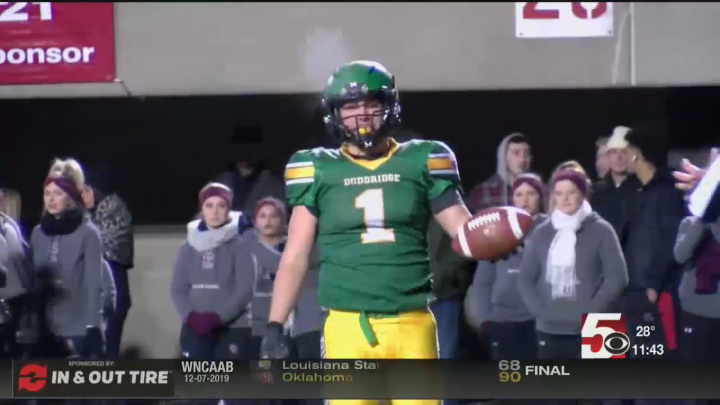 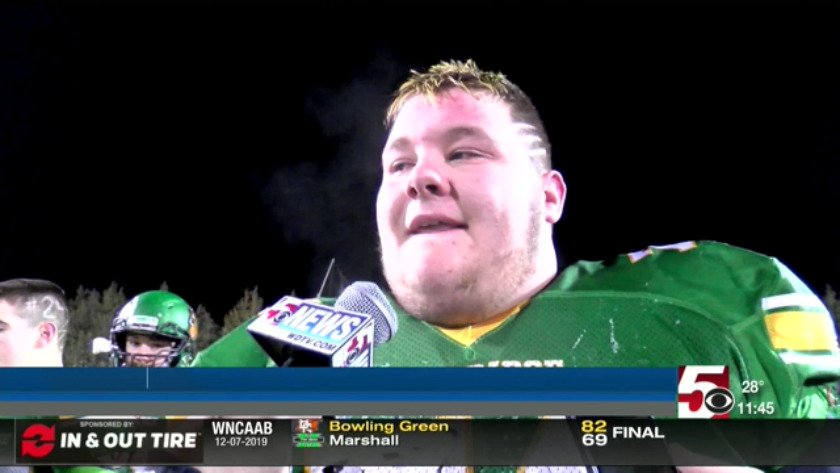 Hunter America rushed for 126 yards on 19 carries and threw a touchdown but the Captain could not lead the Bulldogs to victory as Doddridge County (13-1) fell to Wheeling Central (10-4) in the Class A championship game, 38-21.

America was named team MVP in the final game of his high school career. Griffin Devericks & Austin Kelley each caught touchdown passes for the Bulldogs.

It was the Bulldogs first championship game appearance since 1978.

Quarterback Jacob Rine led the charge for the Maroon Knights as he went 13-for-18 for 214 yards and 4 touchdowns. Jacob Waterhouse ran for 90 yards on 24 carries with a touchdown.

Doddridge County will say goodbye to a loaded senior class which led the group to a 25-2 record over the past two years, their only two losses coming to Wheeling Central in last year's semifinal and this year's championship game.