Fairmont State's Jerry Iweh is hopeful he will get a shot to play in the National Football League.

Iweh participated in NFL Pro Day in Morgantown on Thursday, and impressed scouts with his physique. He's gained nearly 10 pounds of "good weight" since football season, weighing in at 234 lbs on Thursday.

Iweh ran a 4.72 in the 40 yard dash at the Pro Day, and participated in a series of drills in front of representatives from all 32 NFL teams.

The 6"3 Baltimore, Md. native was a first team All-MEC selection at outside linebacke in 2018 and led the Fairmont State defense with 77 total tackles on the season, including 47 solo and 7.5 for losses. He also chipped in a team-high nine pass break-ups, picked off two passes, forced and recovered a pair of fumbles and recorded a sack during his senior season.

Iweh said he is relieved this part of the process is over, and must now be patient as he waits for teams to call him to hopefully give him a shot in an NFL Training Camp. 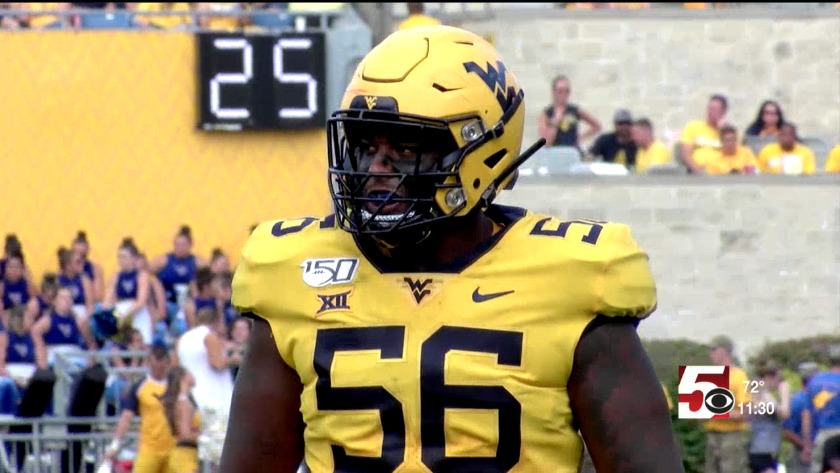