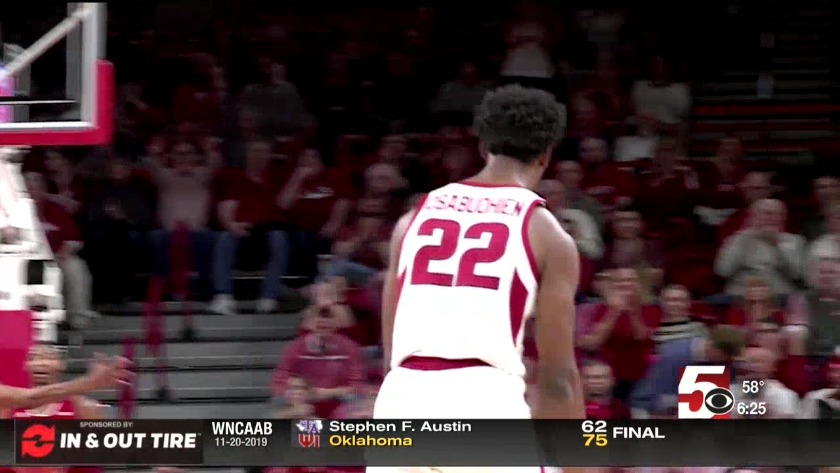 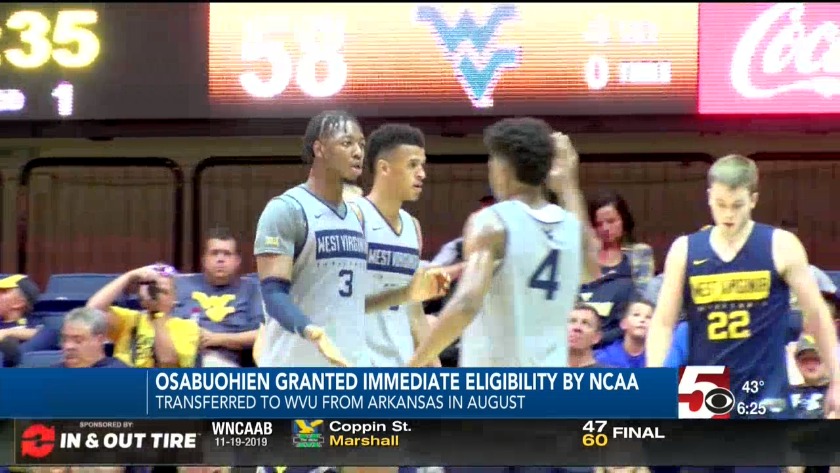 West Virginia basketball received good news on Wednesday as Arkansas transfer Gabe Osabuohien was granted immediate eligibility by the NCAA and can suit up right away for the Mountaineers.

West Virginia filed the waiver to the NCAA when Osabuohien arrived on campus in the fall.

Osabuohien adds some much needed depth to the forward position for the Mountaineers and has been praised by Coach Bob Huggins for his defense.

Huggins said in a statement,"Obviously, we are all excited for Gabe and for our entire team. Our guys were ecstatic when we got word of his immediate eligibility during practice today. He gives us another much-needed big man who can defend on the perimeter as well as play on the offensive end."

West Virginia hosts Boston University this Friday at the Coliseum at 7 p.m.